by 198 Russia News
in RUSSIA POLITICAL NEWS
Reading Time: 1 min read
A A
0 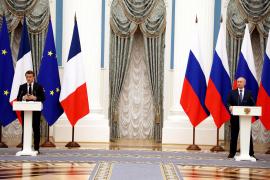 On June 8, the Middle on the USA and Europe at Brookings will host the seventeenth annual Raymond Aron Lecture that includes Thomas Gomart, director of the French Institute of Worldwide Relations in Paris, and Brookings Senior Fellow Fiona Hill, who served as deputy assistant to the president and senior director for European and Russian affairs on the Nationwide Safety Council from 2017 to 2019.

Interim Director of CUSE Célia Belin and French Ambassador to the USA Philippe Étienne will present welcome remarks. Belin can even average the dialogue. After this system, panelists will take viewers questions.

Be a part of the dialog on Twitter at #FranceRussia and #AronLecture.